Round Point  © 1981 Tom Ferguson                The circle coming back on itself suggests a cycle, a characteristic it seems
of physical reality... seasons, generations, planetary orbits, galactic orbits... big bang, expansion/contraction - maybe it breaks down at the sub-atomic level. But  don't forget the folk wisdom, "What goes around comes around."  Within the Minimal context, a reference, breaking
the rules... it is itself and it references the greater reality. It points. 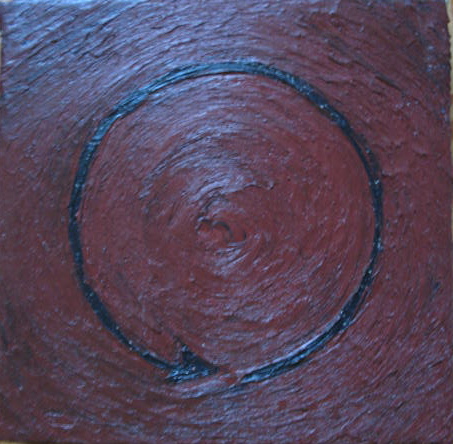