back   next (east wall)   AS-IS (finale)  Main Gallery North Wall
You can see the first shot was taken just after hanging, before the west wall was up. Most of the main gallery pics are
on found objects, even the 9 canvases. Text nearby explains that Drew Norbery gifted me the canvases with the condition that I do portraits of the supreme court. It also explains that at first I thought the only worthy Justice was William O. Douglas but a little research showed me that there were others who took the Constitution seriously as a people rather than corporate document. The pieces flanking Court Shades are collages of imagery from my sketch & note books and also from my daughter's. Cute Cow to the right emits a small vegetarian militancy. Further to the right, flanking the entry to the performance space are two earlier heads also done on found drawing boards, St. Ann & Kisser Wilhelm, from the late 80s with the latter updated in 2004 (actually only visible in the first political cartoon pic).  (price list below) 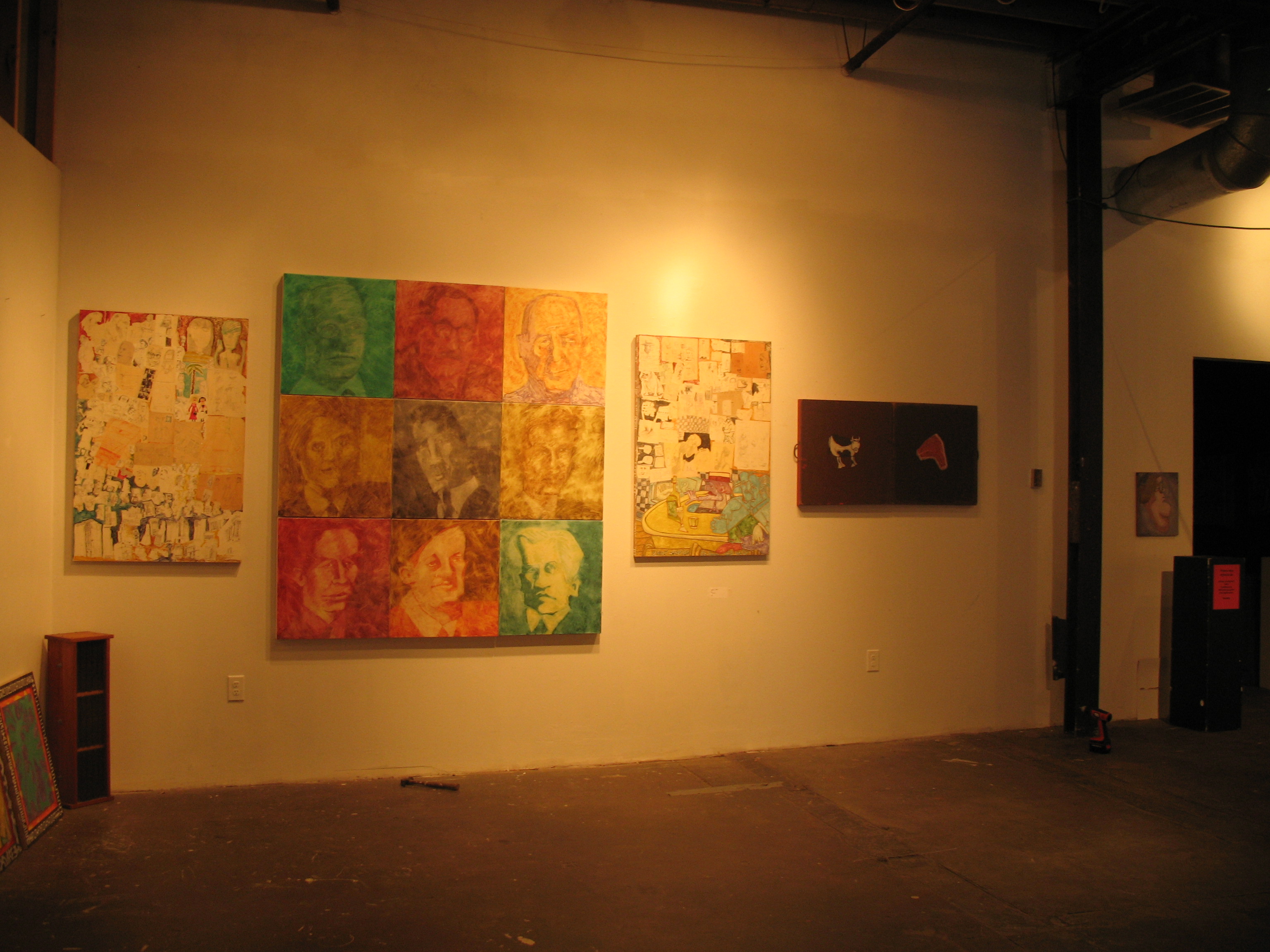 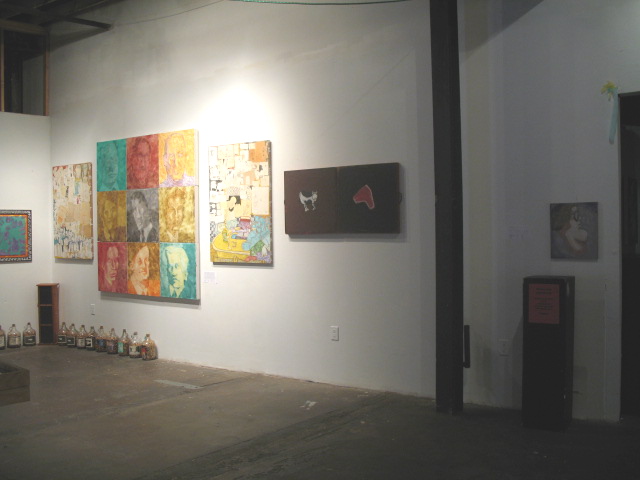 a later shot with of knowledge... installed in the corner. And below, during a later event, a shot of
St. Ann & Kisser Wilhelm on either side of the doorway to the inner gallery & performance space. 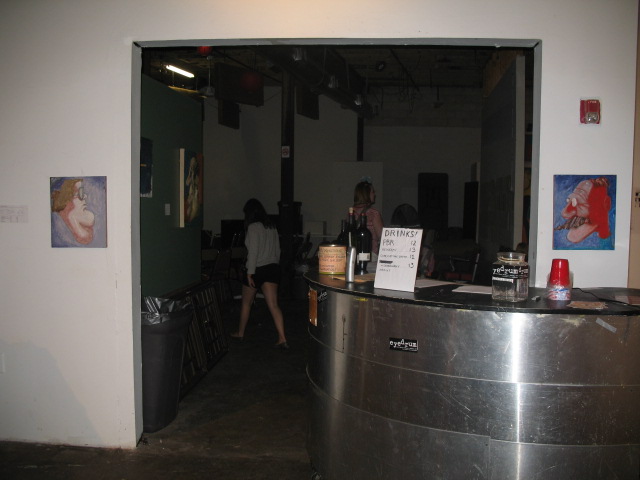 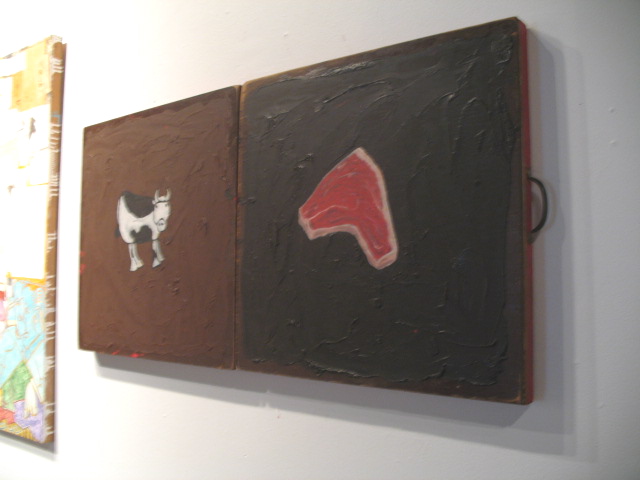 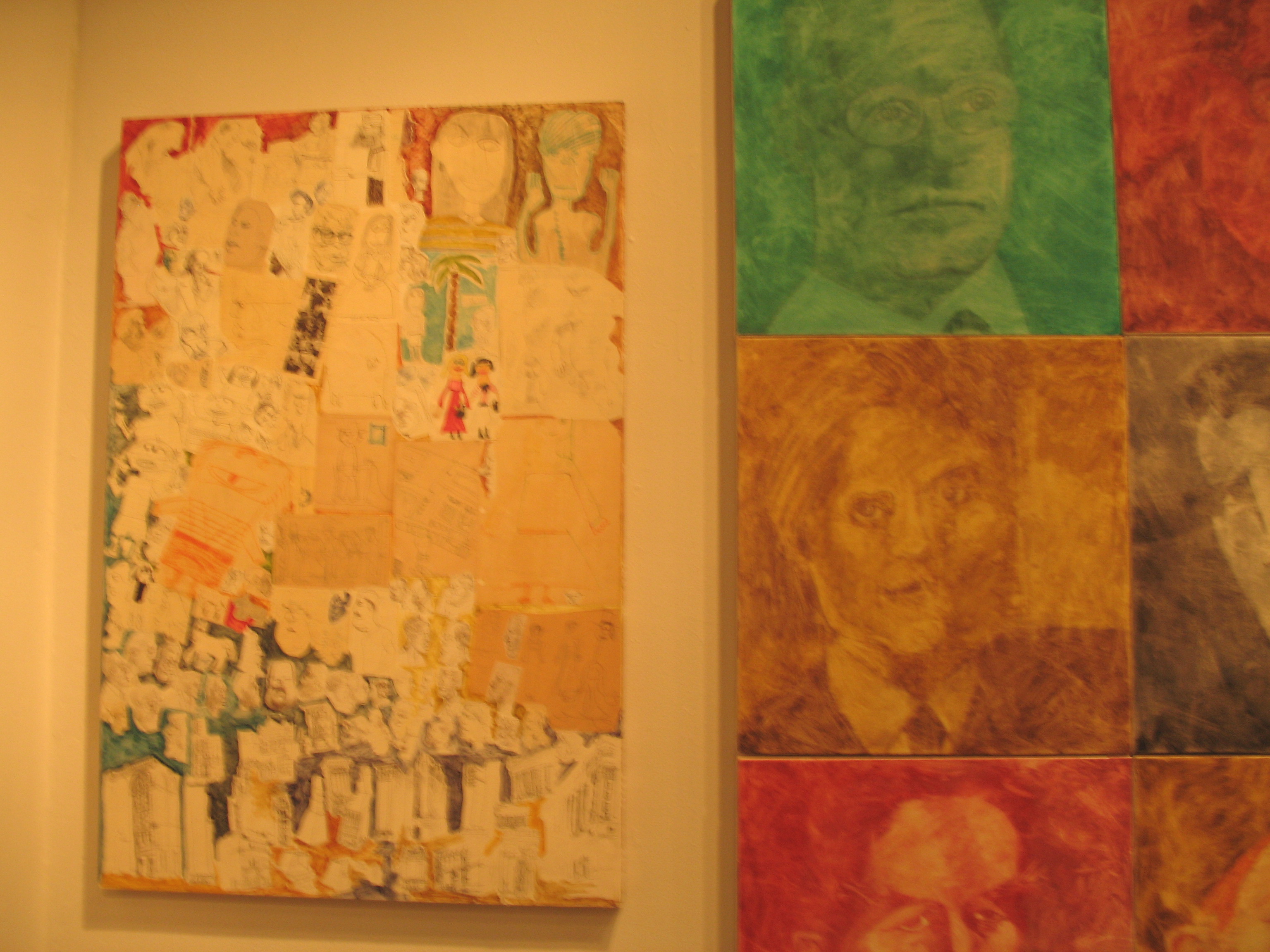 reminder: nearly all these paintings from the main gallery are viewable in more detail in the category
Last Paintings on the main page  www.thinkspeak.net
Also some details of Autobio: here