Smaller overall shots of the north, east & south walls are followed by a more detailed close-up of the north.   I put a small self portrait from about 1979 which I gifted Jesse & Jim Altman back during their wedding and now just traded back, between two 1978 Minimalist works I wanted to show even tho out of sequence.  The lower paintings are full length fictional portraits. This room mostly has work sequenced ffrom 1969 to 87 or so with the full length works starting about then.  The self-portrait was done in the old style of glazing color over the initial
gray version. I enjoy hanging salon style but it was necessary in this case to survey 1969-2009. (price list below) 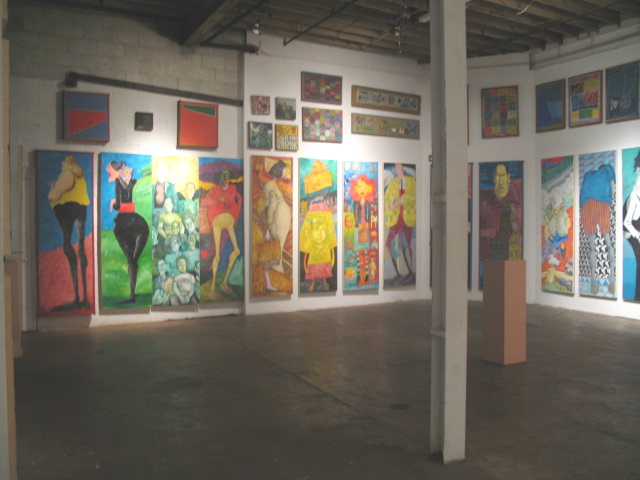 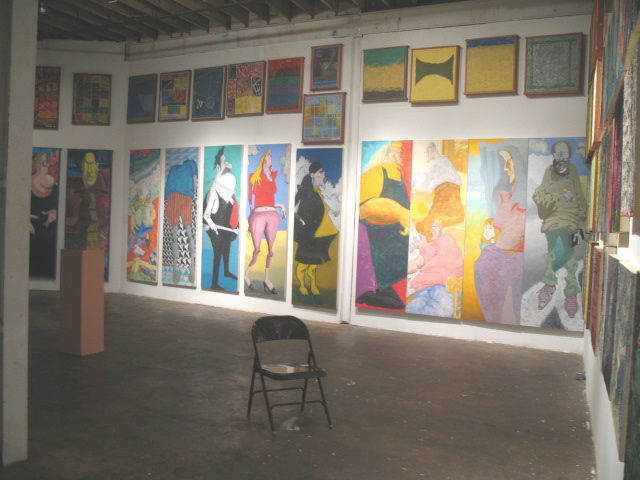 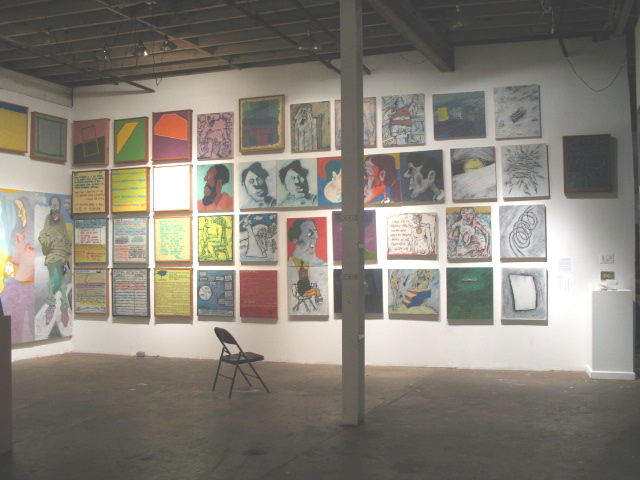 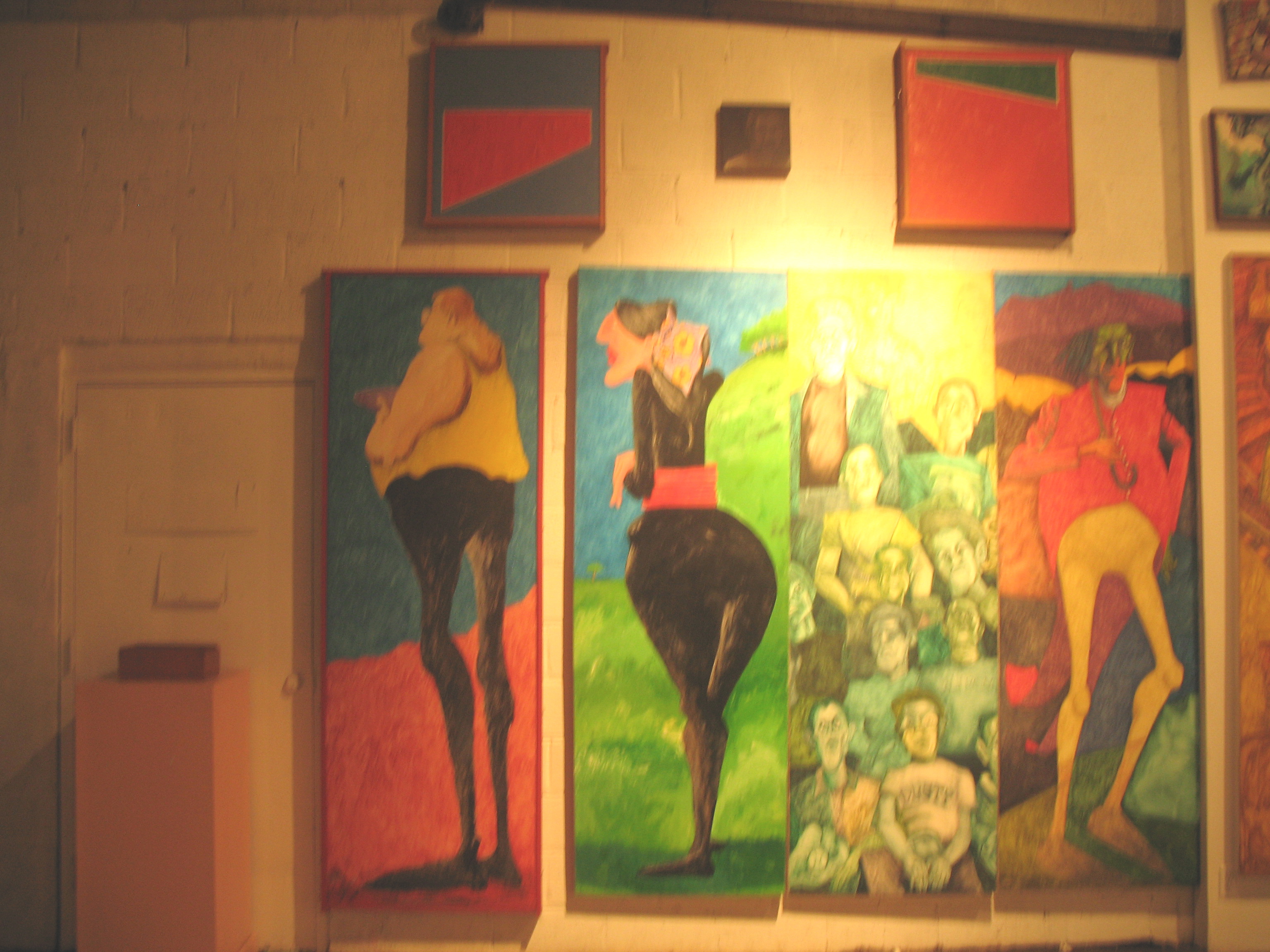 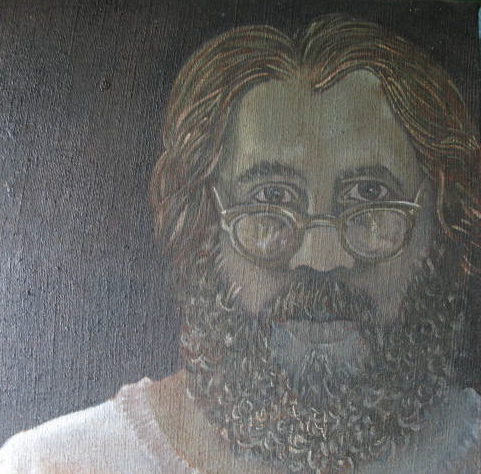 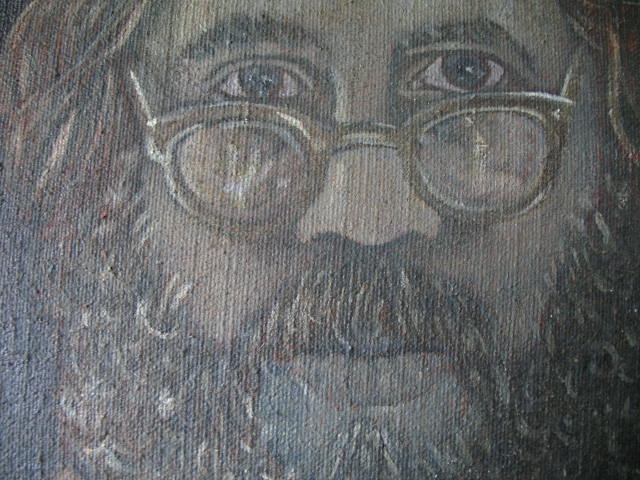 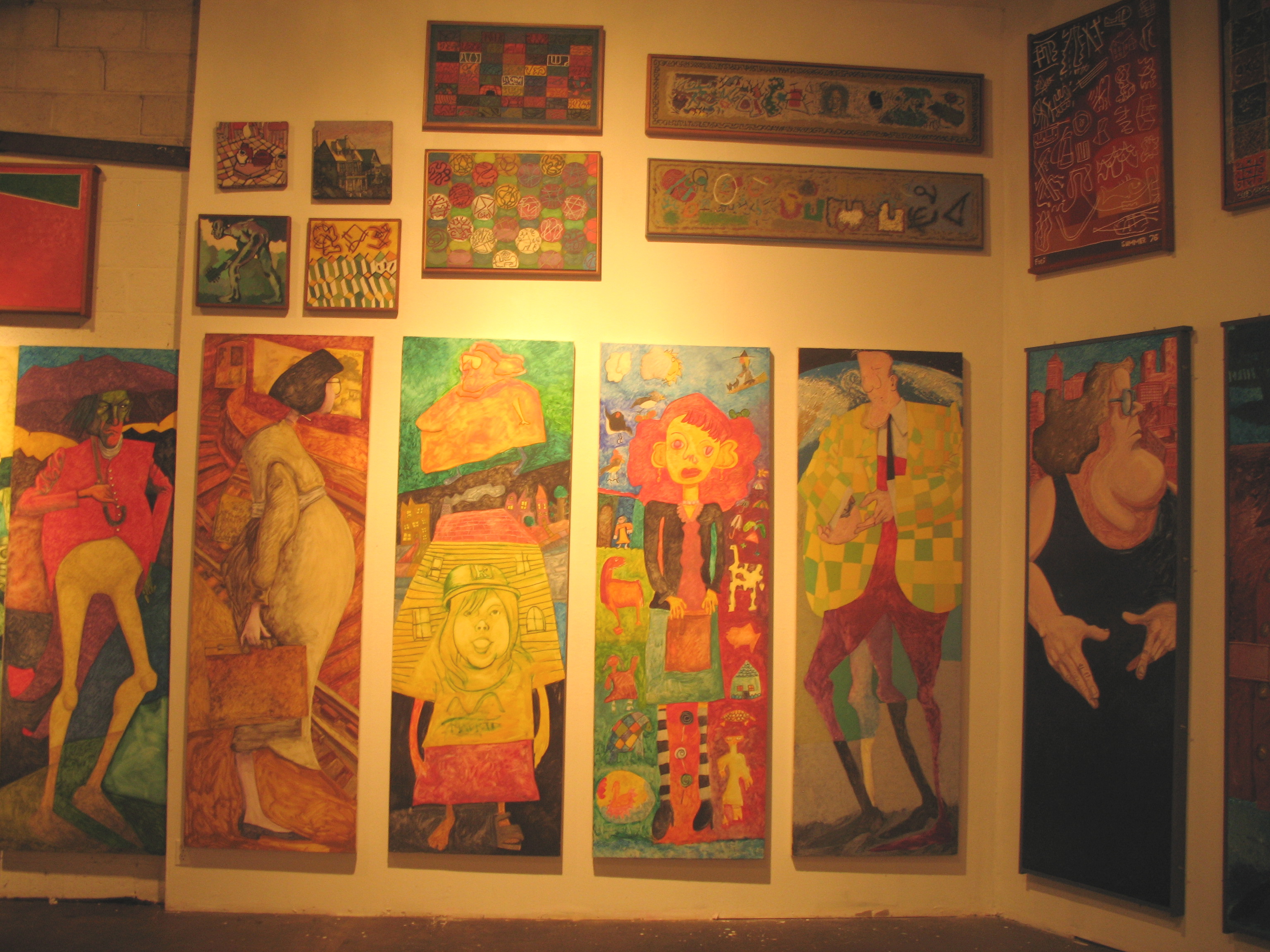 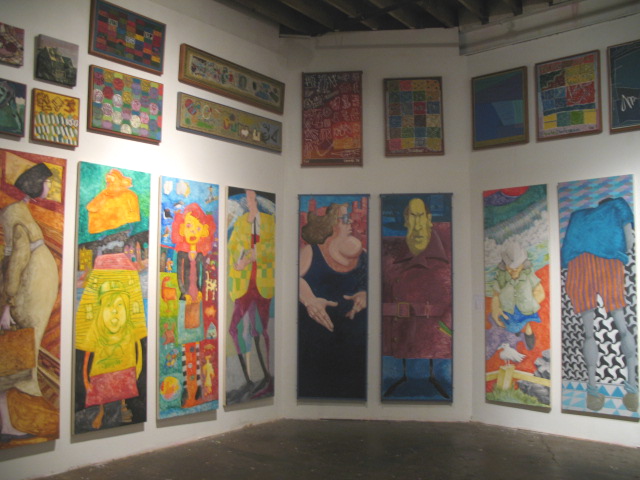 The small grouping of four in the upper left are from 1969-70. I did a fairly large number of each, interior/still lifes, cityscapes, imaginary
subject and abstraction. I then moved on to abstract imagery bounded by the grid, influenced by a trip to Morocco. Next comes imagery
arranged to be seen seqentially, analogous to music. I only did five of these and went on to recognize that painting is different from music
in that you can view it anywhere, anytime without the forced sequence so I decided to accept this feature. I was still interested in configurations as you can see in the top right. The full length canvases below are arranged non-sequentially. As I brought them in, with the
help of Natalie & John Brandhorst, I decided to allow the random order from the rack and truck to determine their arrangement. The only exception happened when the slightly larger framed figures wouldn't fit in one space so I switched one over. I also added a 20th figure to
the floating wall that I noticed was available which is in the last inner gallery west wall. A corner shot just above. Some details below. More detailed shots & commentary can be found in the other categories where these works appear, such as Full Length, main page. 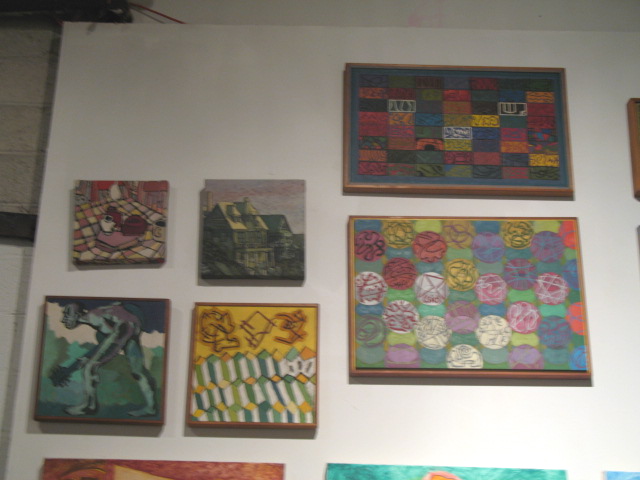 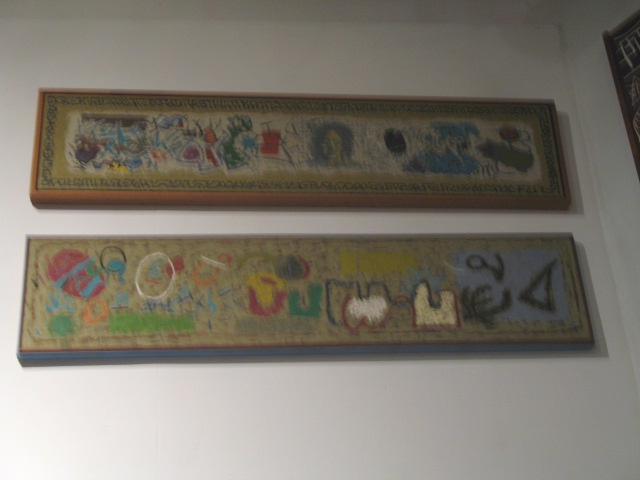 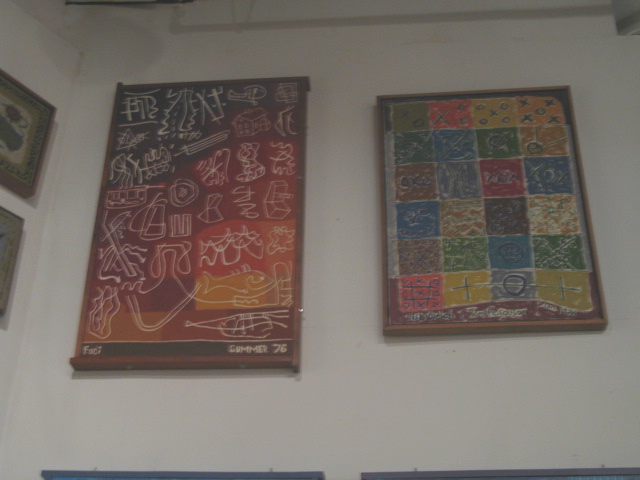 For closer-in views of the full length fictional portraits click