back... next ... Slapdash © 1975 Tom Ferguson ... The title? Well some days you just cain't find that groove. I kept this painting, unsure as I was, thinking maybe i'd eventually see how profound it was... & there are maybe a few passages but...
I finally threw it out. ..the CP II. written on the bottom left?.... it's a variation of Canston Panstover.  And now these years later, 2012,
the painting seems to me  pretty good... Jerry Garcia was cussing out the band for a lackadaisical performance one night - then they listened to the tapes & decided to use them on an album... "So I quit judging it." he said. I inserted black & white fairly often, as here as if the other is background for black & white melody... what I'm liking now is that green, violet, red... and the brushwork. 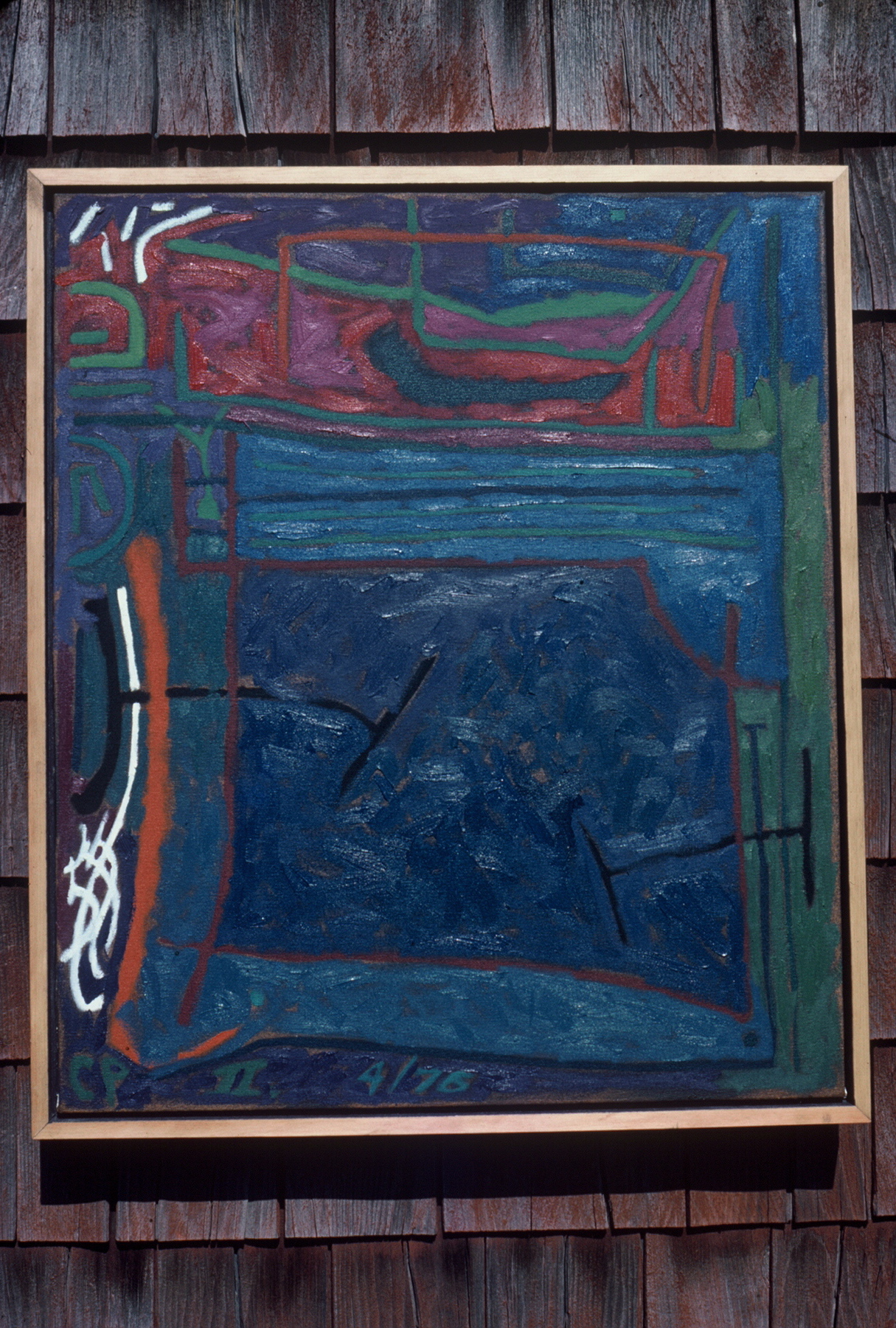