The sequence continues here with the first seven higher paintings representing the collaborations I did in the mid-70s, often
drawing a grid on a napkin and soliciting images, sometimes asking for anything or three lines, using them then as point of
departure for painting. I was also infatuated for awhile with the paradox of what appears as white line on top of is actually
canvas left unpainted. Also the idea of painting at different tempos, having its effect, alternating per painting since the slow
tempo was more tedious, demanding, so the faster tempo provided a nice fun break.  As impasto increased the image took to
simplifying in a Minimal direction. I was reading some phenomenology along with this direction and was struck by the idea of
the phenomenological reduction which I would translate today into Eckhart Tolle's notion of presence.  price list below 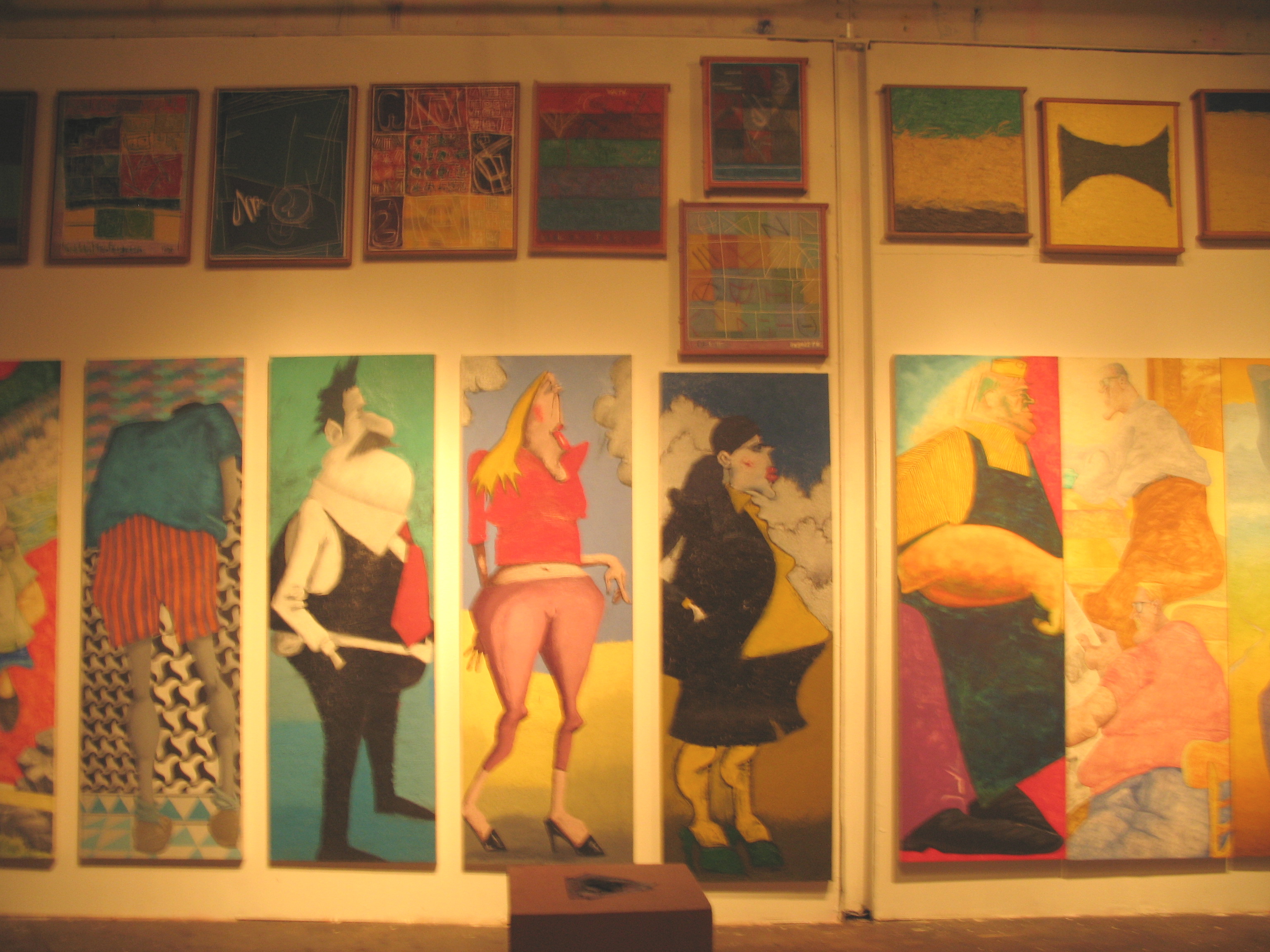 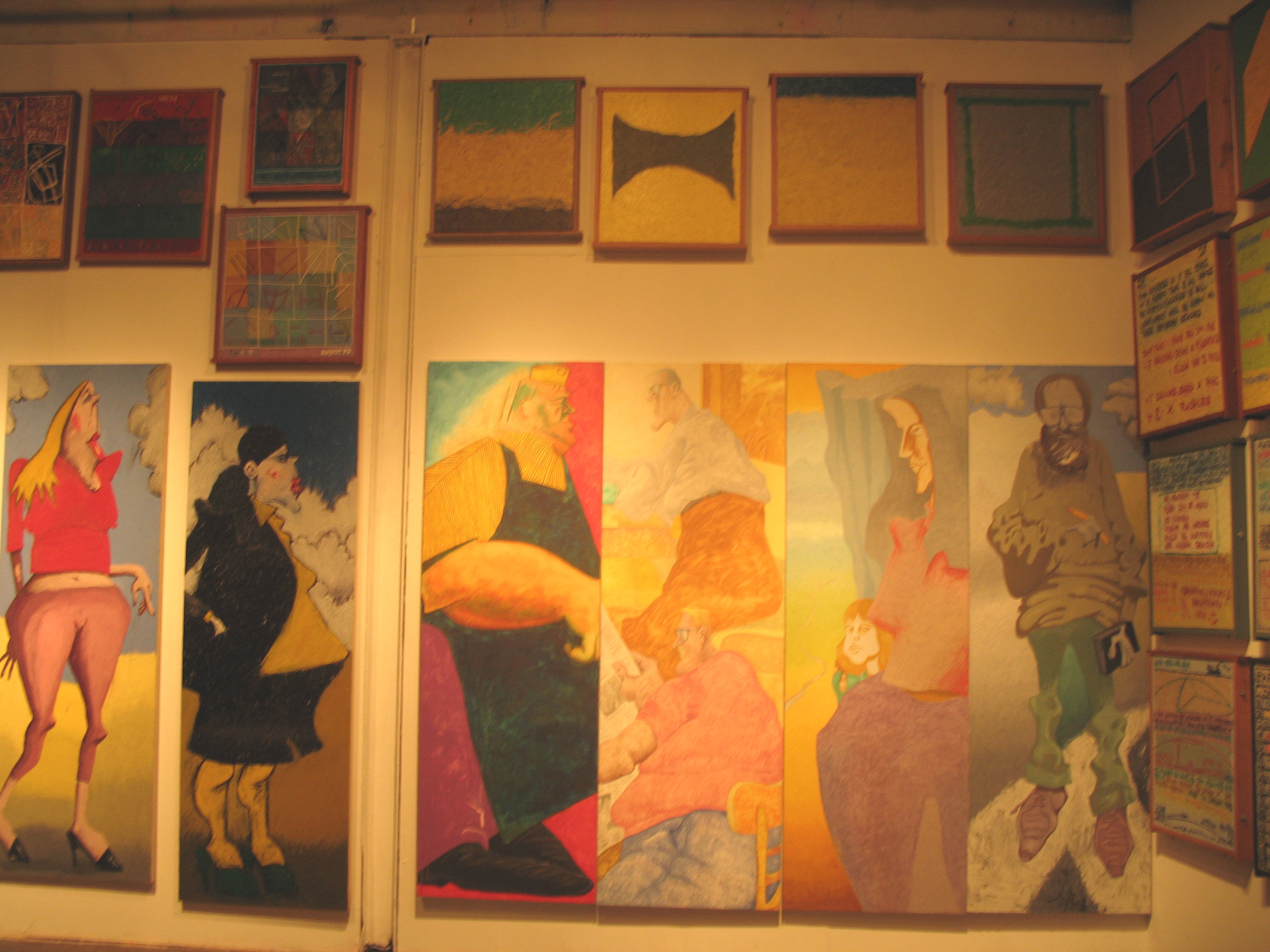 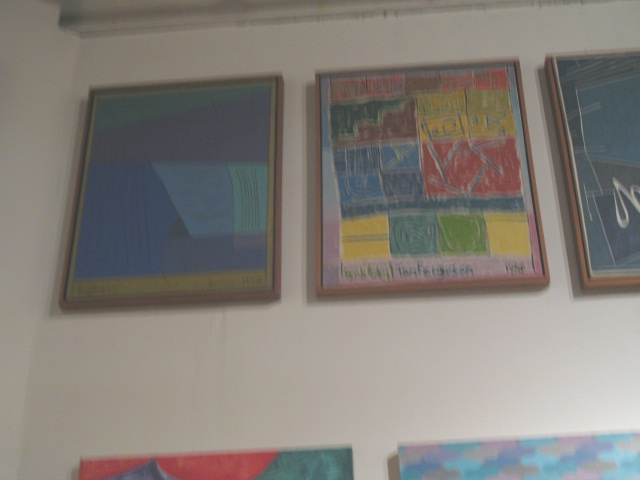 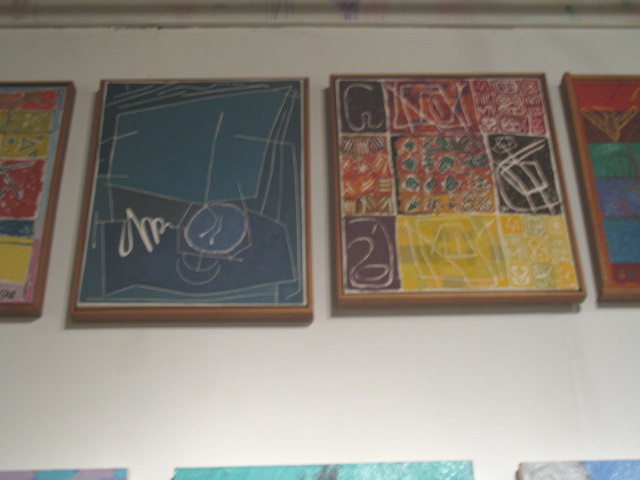 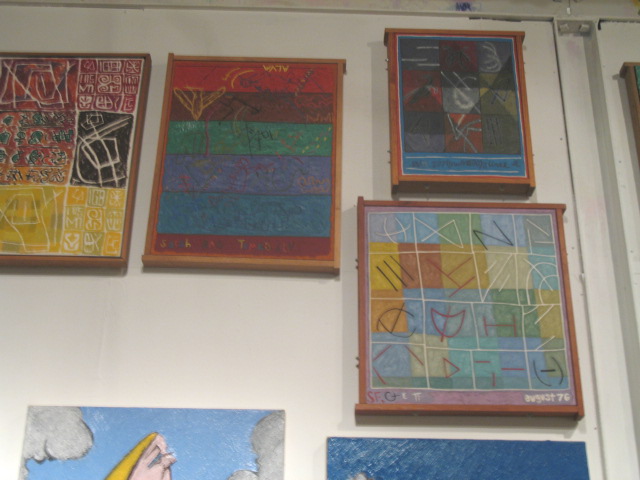 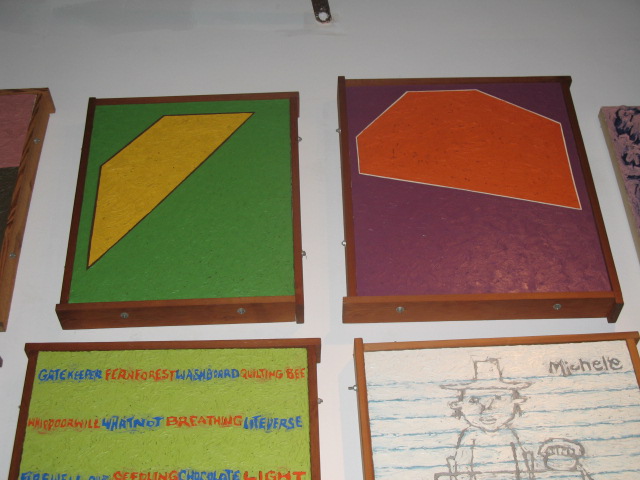 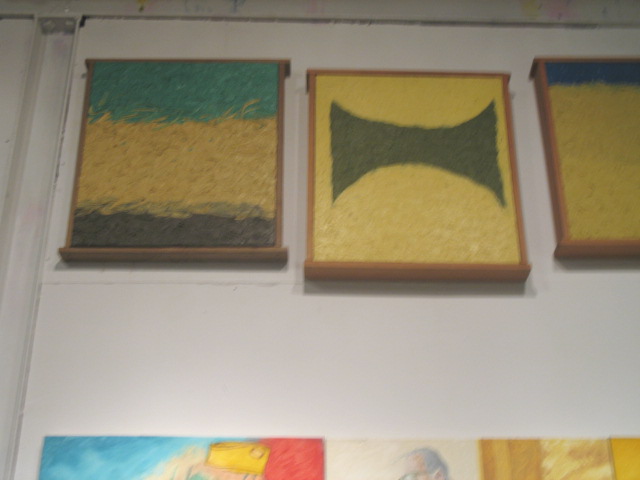 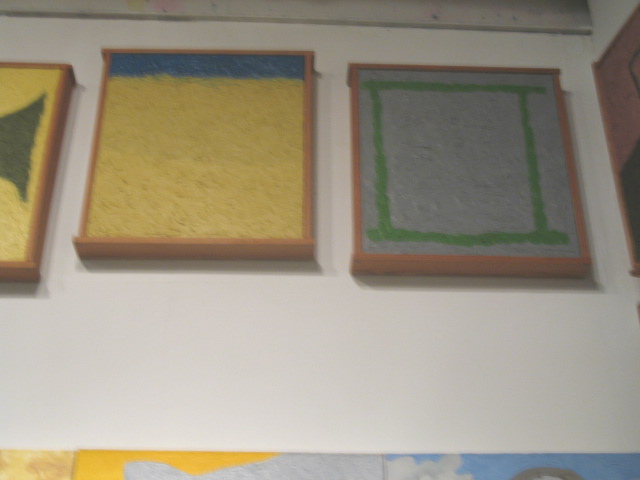 I inserted the third pic up out of sequence, two geometric images at the beginning
of the impasto series because that is where they belong. The hurried pace of the hanging is the
source of this break in sequence. I worked Sunday thru Saturday, full time, hanging the show and
couldn't cover all the bases. I wasn't going to include the geometric because on paper I didn't
have room but when it came to hanging I found there was space so I brought them over. As I keep
saying, more detailed text is in the categories of the more complete retrospective that is my website.


back   next (inner gallery south wall)