back  next  Very Early Paintings © 2007 Tom Ferguson, Vermeer take-off
Two versions here, not of the painting but two dif. photographs, one w/flash, one not. Each reveals dif. aspects. It's owned by Dusty & Maureen Ferguson, Negaunee, Michigan. I did it as a second year student in Art School, Layton School of Art, Milwaukee, Wisconsin, 1967. Below that is another work from second year at art school where I had chosen Fine Arts as my major, a single object. Still had my jump boots from the army. Collection Michele & Mike Roeder, Rolla, Missouri. 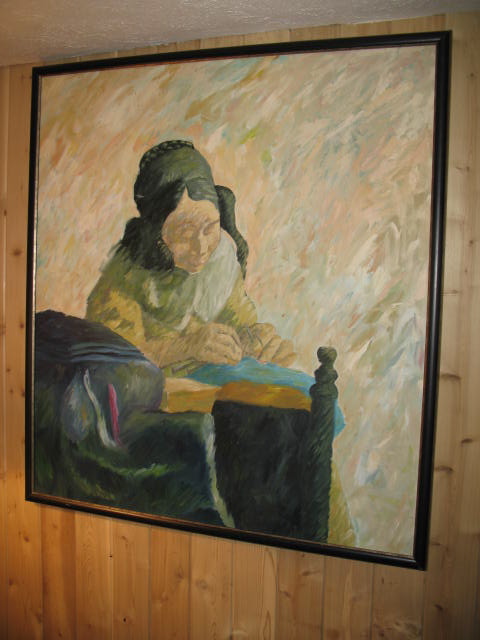 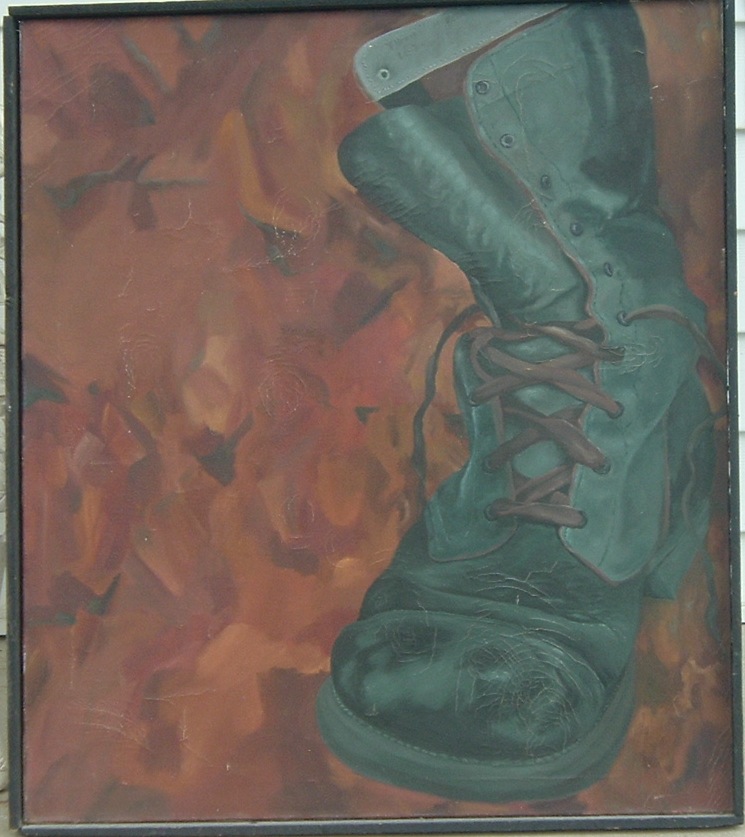 Learning to use paint to describe the world is the traditional way to start out a painting
career but by 1967 it felt pretty old. Though we took pride in whatever skills we developed
we were anxious to get on to the modern world - conceptual, abstraction, installation etc;

In 2015, on my annual trek to Michigan, I walked into my niece's home, was looking at
her art, an interesting collection. Boone asked me, "What do you think of this one?" I was
flabbergasted to see a painting I hadn't thought about in years, one I'd done either while
in art school or shortly after dropping out. 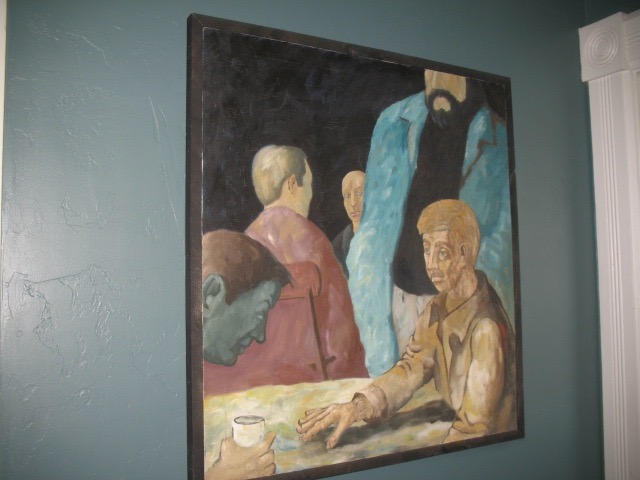 Gina asked my why the guy on the left had a blue face. Well... he's in shadow, it's a Surreal liberty taken
to give the scene a strange quality... an ambiguous setting... I was anxious to be painting but hadn't yet
found a subject or approach that was my own.