back ... next ... Perro Semi-hundido © 1987 Tom Ferguson   I think I sold it thru Fay Gold Gallery, to a corporation which eventually liquidated its collection... this one ending up in the De Vos Museum at Northern Michigan University, in 2016, De Vos being the Michigan Koch Bros. family equivalent, polishing up its image by donating $ for stuff like the museum, sincere art lovers or not, they seem to be right wing ideologues, one from the family appointed to Secretary of Education, one who doesn't believe in public education - of course. A photo below of the director holding the donation on the wall when accepting the work. I'm glad of course to have a painting in my alma mater's collection. 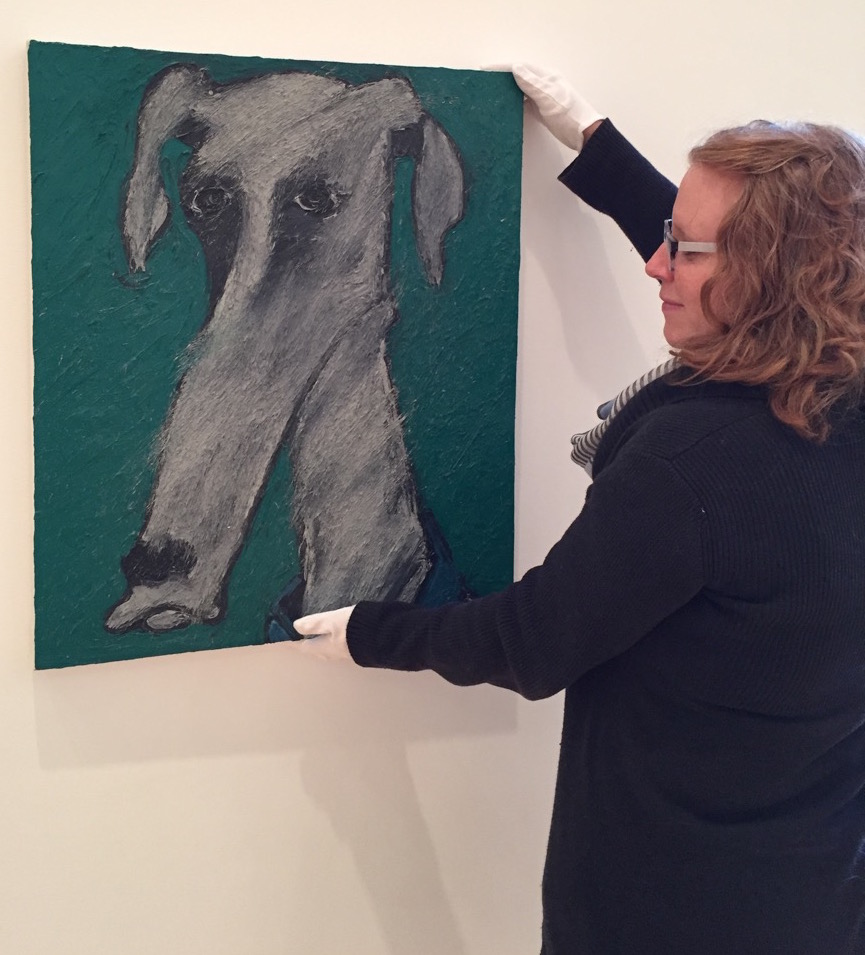 Well, it IS a head. Goya has a painting in the Prado with this title which knocked me out... it was nearly abstract. Realized later the work was a small fresco.
back ... next