Wayne Kline of Rolling Stone Press invited me to do this 5-color litho in 1986. He placed many in southeastern art museums and collections along with his other printer's club artists.  He mentioned that he assumed the title referred to cocaine & I was taken aback since that obvious interpretation had never crossed my innocent mind... I guess the big nose or "sniffer", the snow. To me it was quite literal, a snowplow operator clearing the road before first light.  For some reason I found that title very funny but cocaine?  I met a writer at an artist's retreat who happens to own one, Sandra Rouse. She put it together that I was the artist & we had a laugh over that. She's from the northland and understood the title. She sent me a JPEG of the print in her home, below. 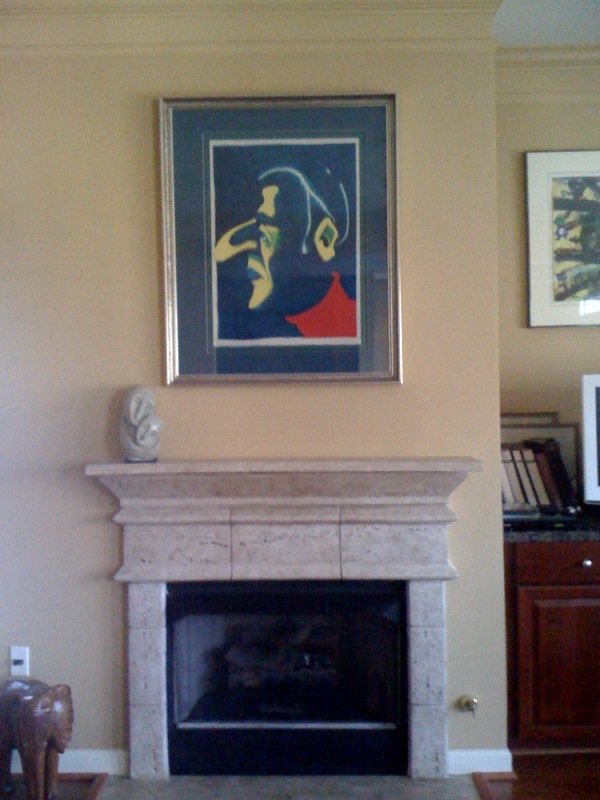