Cityscape 3. © 1969 Tom Ferguson   back    next cityscape     This work exaggerates the charming & hilly neighborhood in Milwaukee from which it was drawn... romanticizes it you could say. One of the previous  cityscapes was bought by a friend's Mom
but then another friend dropped over & bought it so the Mom settled, reluctantly for this one. Funny, I couldn't just say well, that
one's sold... choose another one. I was emotionally paralysed at times. This involved Bert Sasse, more later. 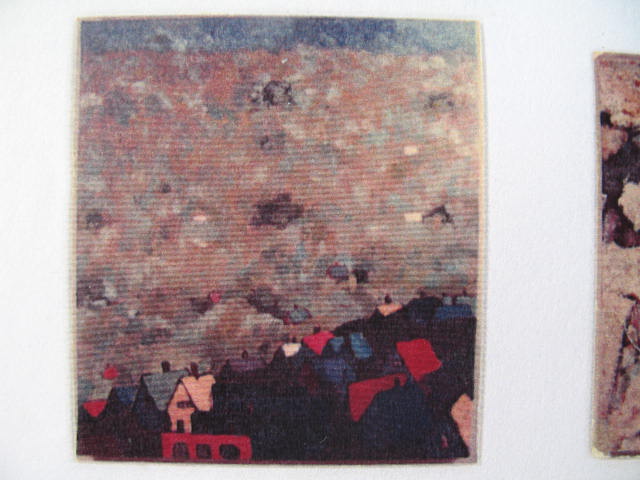